Headlines from the growing anti-SLAPP movement on the recent decision by Judge Tigar in N.D. California dismissing most of Resolute’s bogus claims against Greenpeace, some of its employees, and STAND.earth:

That last one hints a little bit at the problem that remains: the court didn’t dismiss the Resolute’s SLAPP suit entirely, it left a few defamation claims hanging. That means that litigation against Greenpeace (and certain of its individual employees caught up in this sludge match) are heading into intrusive discovery, burdensome summary judgment proceedings, and potentially trial. Per Resolute’s lawyer: “We are pleased that the Court has correctly held that Resolute has properly alleged defamation and unfair competition claims and we will be proceeding aggressively through discovery to trial.”

I get the inclination to declare victory, build momentum and positive energy, and start framing Resolute’s tactics as failing practically as well as ethically. It is also important that Judge Tigar took RICO off the table entirely and returned the lawsuit, however sordid, to the routine realm of defamation. Greenpeace has an incredibly strong case and will almost surely win on summary judgment. So starting the march toward “victory” is perhaps the right move and perhaps the one I would be making if I were representing these defendants.

But for the larger anti-SLAPP movement, it is far too quick and far too simple. As an advocacy matter, the recent anti-SLAPP campaign work of course has a larger focus than just RICO attacks, which are rare. The focus is on all litigation of a certain purpose and on a certain tactical logic, namely using the burden and anxiety produced by litigation to chill speech and vigorous participation by advocates on public issues like environmental defense. These characteristics can apply to defamation claims just as well as RICO. From this perspective, the ugly reality is that the headlines could read: Judge allows lawsuit targeting Greenpeace environmental advocacy to proceed.

And while it is good that the case is narrower, Resolute’s ability to impose burden and intrude on Greenpeace’s constitutionally protected associational activity dramatically escalates past the motion-to-dismiss stage. Resolute will seek dozens of depositions, where its lawyers will stray from the relevant, narrow topic — but the rule at depositions is that you have to answer a question (and challenge it only later) unless you are asserting a privilege. Resolute will also ask for the universe in terms of documents, and while it is easier to narrow document productions on the basis of privilege objections, if Greenpeace resists on the basis of its constitutional rights or privileges, it will have to engage in significant additional legal briefing and maybe even compile an incredibly burdensome log of all documents they claim are privileged.

Finally, it is hard not for conspiracy-minded among us (or those of us who have unfortunately learned to respect the deviousness of the warlike legal teams these companies hire) not to wonder if this was Resolute’s plan all along. As mentioned, the defamation claims are weak. So weak. They should have been dismissed. But by packing them next to a scarecrow army of 296 utterly batshit RICO claims, the weak defamation claims start to look reasonable.

It also appeals to the solomonic instinct, which is strong in every judge I’ve ever been in front of in 15 years of practice. Give a little bit to one side, a little bit to the other. When you issue a decision and both sides claim victory, that’s a smart judge.

Here, all it means it that well over two years after it was filed, now thousands of pages of filings and millions of dollars of legal fees later, we are going to have to keep watching the Resolute v. Greenpeace case. Greenpeace obviously has the energy and resources to keep fighting — and most critically, it has the unwavering support of the environmental and human rights communities. But for most of the rest of the advocates in those communities, watching the case, the SLAPP dynamic is still hard at work.

An attack against Greenpeace and Stand, two groups that have been really at the forefront of corporate campaigns, is not just an attack on those groups but is an attack on the strategy that NGOs have used to really bring corporations back under control in terms of their social and environmental behavior.

With huge respect to Greenpeace’s victory for what it was, the recent decision is unlikely to dent growing corporate enthusiasm for SLAPP tactics. In fact, perhaps the opposite. Thus an equally valid strategic response might have been to decry it as a failure to confront the main problem presented by the case. Yes, a federal judge needs to fairly process a litigant’s claims. But Resolute’s lawyers used their bogus claims, and the hyperbolic attack language in their briefs, to frame the perception of reasonableness around the facts of the case (and the larger identity of Greenpeace and movement activism) powerfully in their favor. Anti-SLAPP efforts should be aimed at correcting that shift, which in turn could require more loudly defending the principled outer-ring argument on their end, i.e. no SLAPPs on advocacy, period, go home. From this perspective, the early celebrations of victory can be seen as validating the result of a framework that is still dangerously skewed against vigorous  advocacy.

The decision, by inimitable senior federal district judge Bill Wilson (a semi-retired judge from Arkansas sitting by designation in the District of North Dakota) dismisses all of Energy Transfer Partners utterly bogus claims against the Dutch NGO BankTrack. The Earthrights analysis is here. The dismissal is so blindingly obvious and necessary on the merits that it can be hard to cheer for: yay for the return of a bare minimum of normalcy!

However, the decision is notable for the power of the counter-punch it packs right at the heart of ETP’s RICO theory, i.e. that a participant in a social movement protest can be drawn into the notoriously impossible tar-pit of “conspiracy” and “racketeering” under RICO merely because someone else in the protest engaged in demonstrably illegal behavior. As Earthrights notes, the judge uses an example pretty clearly geared to catch the attention of ETP’s counsel, the Kasowitz Benson firm, which is famous for representing President Trump:

Under Energy Transfer’s interpretation, President Trump, who has solicited donations to help him end illegal immigration and stated immigrants are rapist, drug dealers, and animals, would be part of a RICO enterprise with racist criminals who have violently attacked immigrants on these express grounds.

Even more interesting will be to see what kind of attorney fees award BankTrack gets. BankTrack’s press release hopes that “the ringing rejection of this case will discourage other corporations from launching these kinds of SLAPPs.” Not sure about that. ETP got a hell of a lot of press for its narrative; even though the claims were obviously baseless from the beginning, the “sophisticated” legal press couldn’t help itself but report on them seriously, even breathlessly. (“Greenpeace should be worried.”) The lawsuit invariably put a lot of pressure on BankTrack in the process, and the organization is likely to be more “restrained” after the lawsuit even though it won — that’s called “chill” in First Amendment parlance. However, if ETP has to pay up a few hundred thousand dollars to cover every penny that BankTrack spent on the case and fully pay up environmental lawyer Robin Martinez at his top billable rate, then companies might really start thinking twice about filing these suits and organizations like BankTrack might be able to adopt a genuinely “bring it on” attitude, which is the only way to truly defeat the chill the lawsuit has already inflicted. 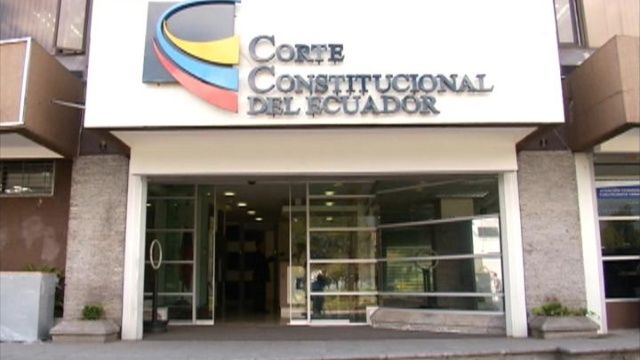 Great show of support from civil society for the French human rights litigation org Sherpa and others. The self-explanatory paragraph:

Since 2009, more than 20 defamation suits have been brought in France by the Bolloré group or Socfin in response to articles [about protests by rural residents and farmers who live near plantations run by these two companies in West Africa]. The targets of these actions have included France Inter, France Culture, France Info, France 2, Bastamag, Libération, Mediapart, Rue 89, Greenpeace, ReAct and Sherpa. More than 40 reporters, photographers, media lawyers, NGO representatives and media CEOs have been targeted. . . . By bringing defamation suits with such unprecedented frequency – even when they are abandoned mid-course – the Bolloré group is now retaliating in an almost automatic manner to any public reference by outsiders to its African activities.

The scandal is that French courts, like those in every other country, are happily open-for-business for these suits. Modern judicial systems have developed no meaningful defenses to this utterly outrageous, unapologetic abuse of process. (The only meaningful attempt — i.e., anti-SLAPP procedures — has repeatedly shown to provide only the most minimal protection or fail outright.)

We need better thinking on this, and we need it badly.

In the meantime, great to see civil society organizations showing up for each other and for democratic and free-expression principles.